Welcome to the website of Brenda Buchanan, author of crime novels and short stories set in and around Portland, Maine.

I’m currently hard at work on a series featuring Neva Pierce, a criminal defense lawyer who takes on cases others won’t touch in the hometown to which she swore she’d never return.

Neva is featured in a short story called Means, Motive, and Opportunity, which was included in the anthology Bloodroot: Best New England Crime Stories 2021 and I’m delighted that it has made the list of Other Distinguished Stories in Best American Mystery and Suspense 2022 (BAMS), which will be released on 11/2/22.

In MM&O, Neva’s defending a particularly difficult client who’s accused of killing her fiancé.  Old friend Joe Gale, the protagonist of my first three novels, also plays a key role in the plot. Bloodroot is available for purchase through Amazon. 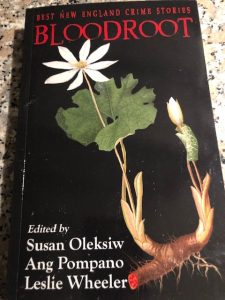 My earlier series features Joe Gale himself, a contemporary newspaper reporter with old school style who covers the Maine crime and courts beat.

Truth Beat, the third book in the series, was released on February 1, 2016. Here’s its evocative cover: 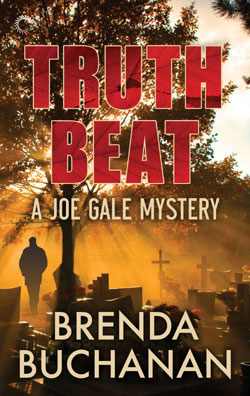 Truth Beat finds Joe struggling with unreliable sources while covering two explosive stories—the apparent murder of a Catholic priest who stood up to his church during the child sexual abuse scandal and a series of increasingly destructive bombings near the local high school. The story takes place in and around Portland, Maine, particularly in the imagined town of Riverside.

Chris Holm, author of the much praised thriller The Killing Kind, which is featured on many “Best of 2015” lists, says of Truth Beat: Buchanan’s prose is lean and assured, her characters are nuanced and fully fleshed, and her stories zip along with the relentless urgency of a lit fuse. TRUTH BEAT, which tackles thorny social issues with rare grace, might be Buchanan’s finest work to date. Don’t miss it.

The second book in the series, Cover Story, was released in September, 2015. Here’s what reviewer Katrina Niidas Holm had to say about Cover Story in an October 7, 2015 review in Crimespree Magazine: 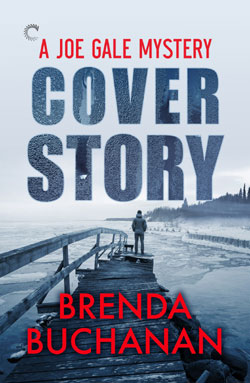 Sarah Graves, author of Winter At The Door and the Home Repair is Homicide Series, had good words for Cover Story:

Many kinds words also have been said about the book that introduced Joe Gale to the world, Quick Pivot:

“Brenda Buchanan brings her storyteller’s craft and her lawyer’s eye for detail to this powerful story of secrets from the past emerging explosively in the present. As compelling as the story itself is her deep understanding of Maine—the complexity of her generous, honest, grouchy, and shady characters, and the physical and social geography of a state where failing industries can destroy whole towns.” — Kate Flora, award-winning author of And Grant You Peace

“The brisk plotting and crisp dialog in Quick Pivot will suck you in immediately. This debut has action, heart, and twists in all the right places. Brenda Buchanan is a talent to watch!” — Steve Ulfelder, Edgar finalist, author of Wolverine Bros. Freight & Storage

All three books in the Joe Gale series can be purchased through my publisher, Carina Press, or at any of the following ebook retailers:  Amazon, Barnes & Noble, Google Play, ibooks and Kobo.

To learn more about me and my work, please click through the pages of my website. If you have a question or a thought, feel free to drop me an email.