Fire in the Woods

The middle weekend of October is foliage tour time in Maine.

Come along to see what we saw this weekend when we took a little tour through Fryeburg, Lovell, Newry and back to the Portland area.

There was a lot of color in the Mahoosucs 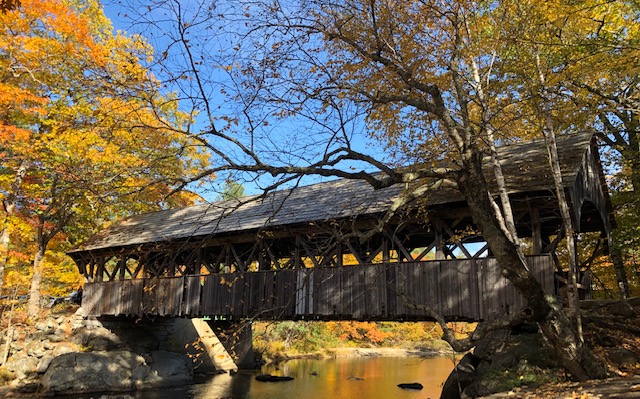 It wouldn’t be New England without a covered bridge photo. 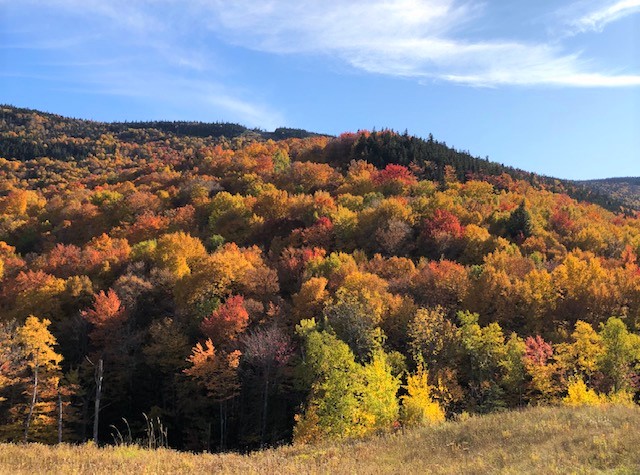 I love the little grove of evergreens at the top right as much as the quilt of changing deciduous trees. 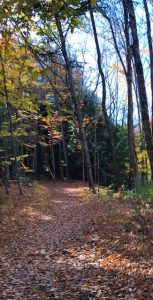 An inviting path through the woods.

Sunday started out gray, but the sun asserted itself and before we reached Oxford County there was plenty of blue sky overhead.

We passed numerous U-pick apple farms, the now-quiet Fryeburg Fairgrounds, several shining lakes with only a lone float or two, and geese and ducks arrowing their way south.

The air was chilly enough for a light fleece, no longer summerlike but no where near as cold as it will be soon.

When we got home we surveyed the garden and decided Monday would be the day to pull the green tomatoes off the vines, collect the final cukes and cut most of the chard.

We also realized the trees in our own front yard were putting on a show of their own. 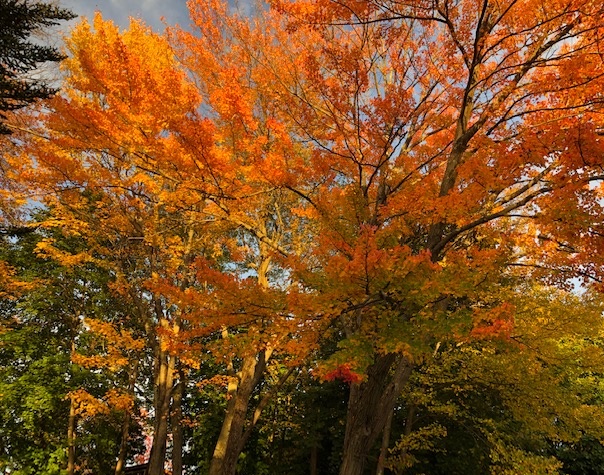 Right in our own front yard.