Posted on September 13, 2015 by Brenda Buchanan

I hate to admit it, but the calendar doesn’t lie.  The thermometer does sometimes—witness the heat wave that washed over Maine this past week. But summer is at its end, which prompts this greatest-hits photo array from what was a wonderful spring and summer. 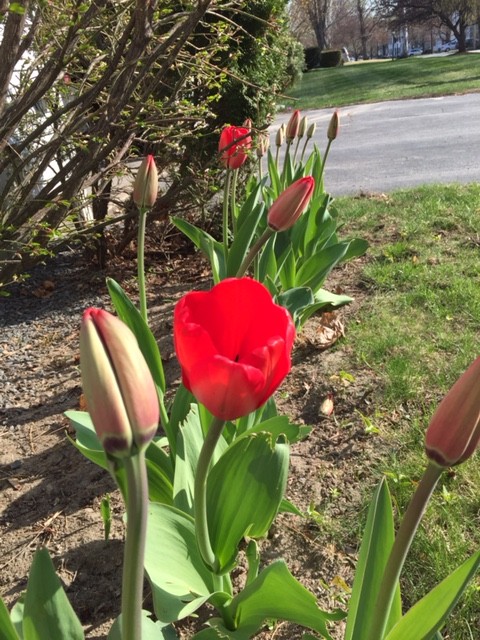 After the endless winter of 2014-2015, we were ecstatic when the tulips arrived in early May.  The spring flowers and long hours of daylight were beyond welcome. It was a thrill when the earth reappeared beneath the snowbanks and blooms started pushing toward the sun.  These tulips fought their way through a considerable crust of snow that lingered in our front yard. They were showing off their red petals a couple of weeks after the green shoots emerged, a balm to our winter-weary souls. 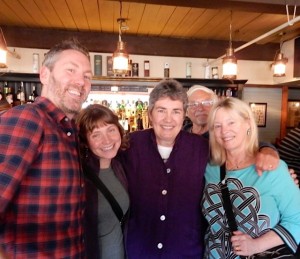 Spring brought many other wonderful things. Quick Pivot was released at the end of April. We launched it properly with a party at RiRa, an Irish pub in Portland, on May 15. A big crowd of family and friends helped send my first novel down the ways— a fabulous time!

On Memorial Day weekend Diane and I went back to Quebec City, where we were married in 2005.  It was a glorious  tenth anniversary in that lovely, historic city. 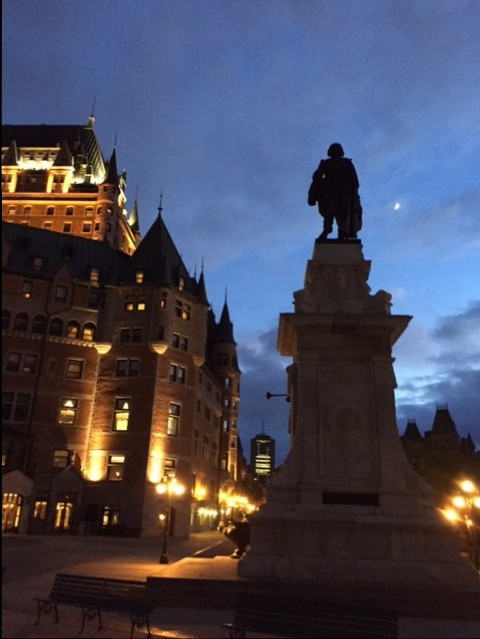 In the heart of Quebec City

We made a lot of trips to Massachusetts over the summer to visit with my Mom, who will turn 94 on September 18. 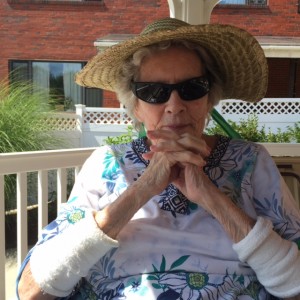 The weather was fair more often than not, so we had plenty of opportunity to sit outside on the patio at the nursing home where she lives, enjoying the garden, the songbirds and sometimes a few Irish jigs from the music library on my iPhone.

Throughout the summer I roamed from library to community center to library, reading from and talking about Quick Pivot. I’m grateful all of those who hosted me. In fact, there’s an earlier blog post dedicated entirely to that subject. I love libraries and librarians, and am getting ready for another round of visits to talk about Cover Story.  (See my website’s events tab for details.) 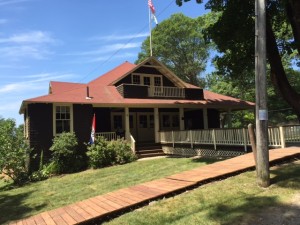 another of a panel discussion in Dover Foxcroft 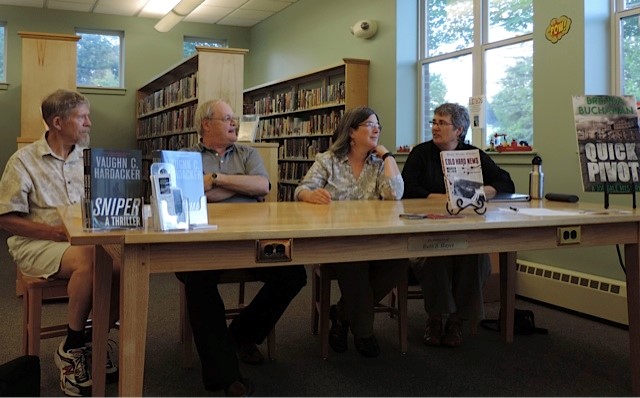 And one not of a library at all, but rather the sublime sunset that followed us home the night I spoke at the Peaks Island Library. 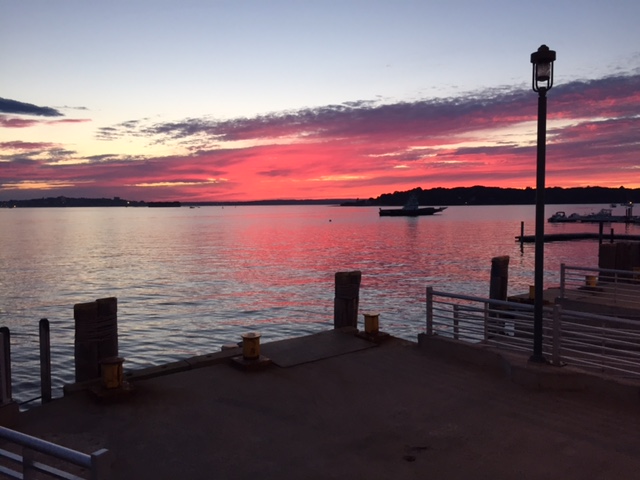 I had a working vacation in Brooklin, Maine early in the summer when I was completing Truth Beat, the third book in the Joe Gale Mystery Series. We were there on the Fourth when the town band sets up on the library’s front lawn and entertains the crowd  as it waits for the parade to begin. 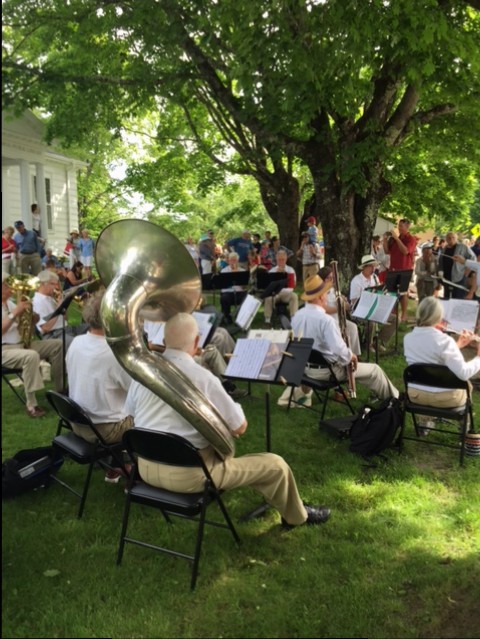 We returned to Brooklin in August for a week of no work at all(!).  We hiked some of the Blue Hill Heritage Trust trails and also at the Nature Conservancy’s Barred Island Preserve on Deer Isle. 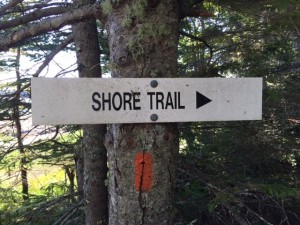 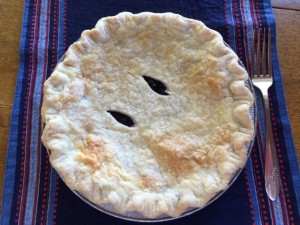 and savored every night’s sunset over Allen Cove. 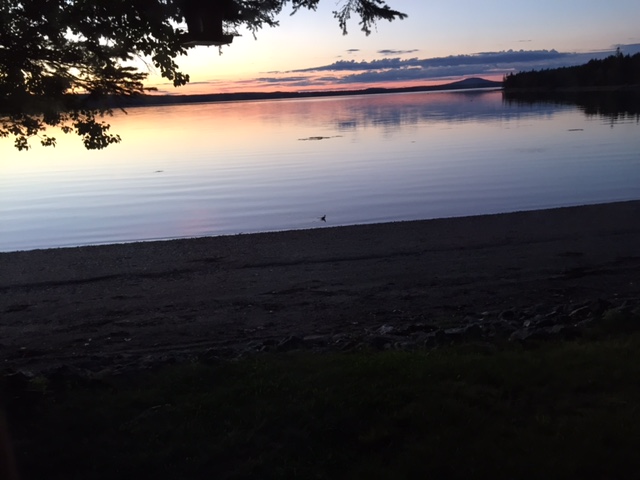 We snuck away for more hiking and ocean swimming over Labor Day weekend, four glorious days that felt more like July than early September. The rosa rugosa were not fooled. Their blooms had almost entirely given way to rose hips. 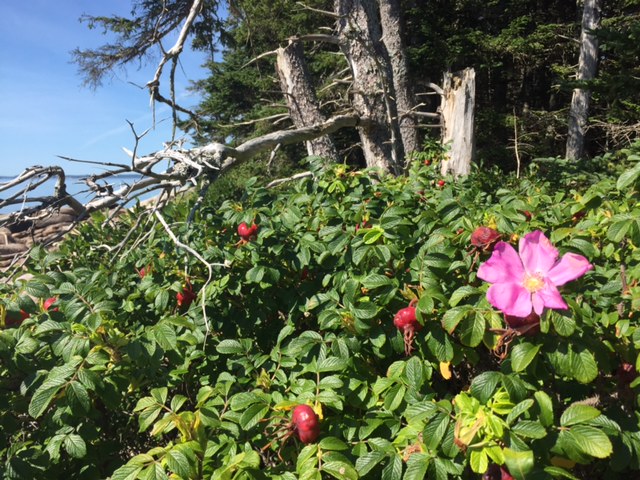 The last beach rose of summer