Many words have been written this week about the loss suffered this week by so many middle-aged kids who grew up in greater Boston.

Rex Trailer rode off into the sunset for the last time.

“Sad Day in Boomtown,” was the headline in my hometown newspaper, The Fitchburg Sentinel and Enterprise. It was a sad day at my house, too.

Those of you who didn’t grow up in Eastern Massachusetts in the 1950s and 1960s don’t know what you missed. Saturday and Sunday mornings, my sisters and I would run downstairs in our pjs, turn on the big black-and-white floor model TV and watch test patterns until Rex Trailer’s New England-style western extravaganza came on. Here’s the link to his obit, for those who never had the sublime pleasure of watching Boomtown while eating their Cornflakes: http://www.sentinelandenterprise.com/topstory/ci_22354594/sad-day-boomtown

And here’s what he looked like back in the day. 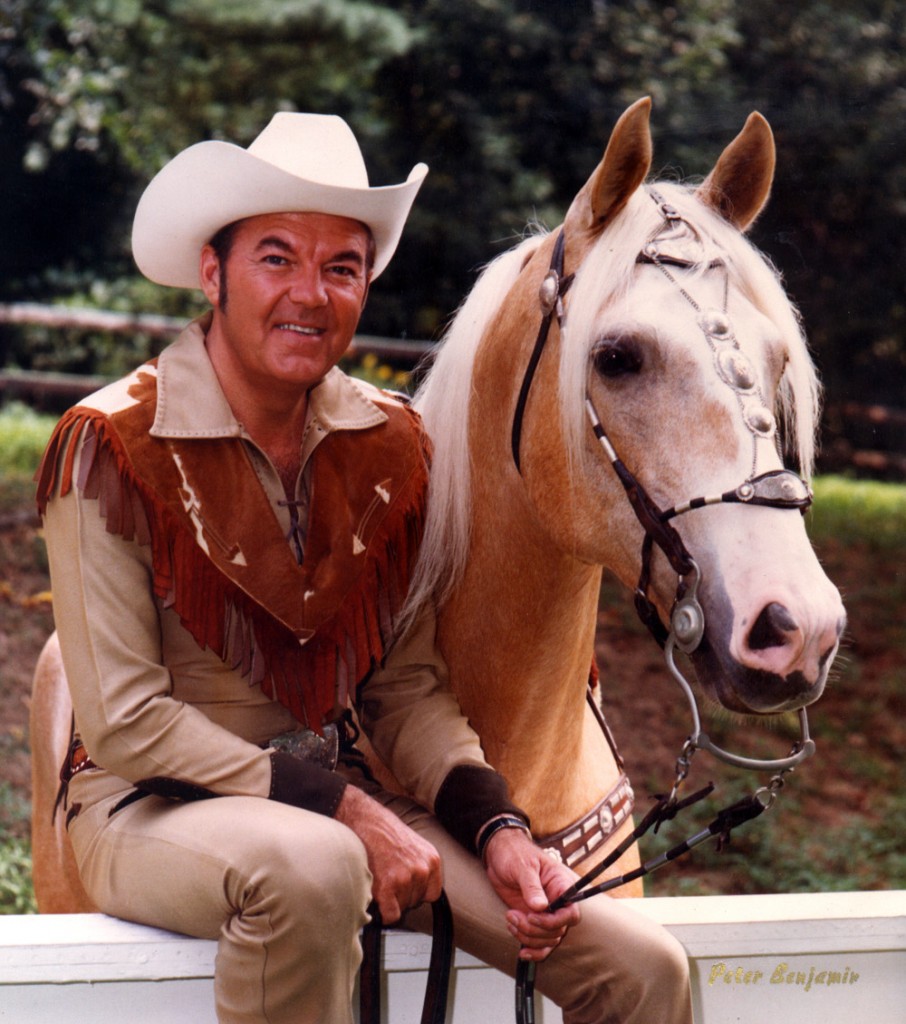 He rode in on a horse (Goldrush, who I understand was stabled in Groton, not far from where I lived), no gun on his hip but lots of fun up his sleeve. He did rope tricks, sang songs and talked about living on the range. For an aspiring cowgirl, it was must-see TV.

I met him once, when as a co-op student at Northeastern University I was an intern reporter at the Boston Globe. He had a gig running tours to Europe, aimed at people whose kids and grandkids idolized him. My assignment was to drive out to Logan Airport to interview some of the keyed-up participants on what was the biggest tour group ever to fly out of Boston.

I found a sea of people wearing cowboy hats in various colors. That was how Rex and his tour group posse organized themselves. Blue hats boarded one plane, green hats another, red hats a third. I interviewed a bunch of them, then waded through the crowd, looking for my old hero.

When I finally located him in the packed terminal, Rex was wearing a yellow hat and a big smile. I introduced myself, shook his hand, asked a few questions, jotted some notes. Before bidding him bon voyage I dropped my still-new professional demeanor and admitted I was a longtime fan. He grinned, apparently accustomed to such bashful confessions.

I’m now at an age when I know something about loss. I’ve grieved loved ones and held the hands of friends who have been in that devastating place. Just this week my family lost my 98-year-old father-in-law, whose remarkable life we will celebrate next weekend

Rex Trailer’s death does not touch me anywhere near as personally as that loss. But it was another reminder that life gallops on, so I’d best keep my feet in the stirrups and hang on.